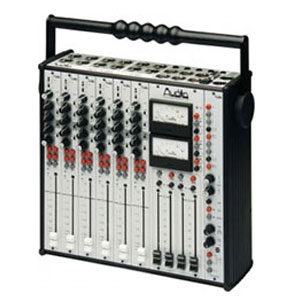 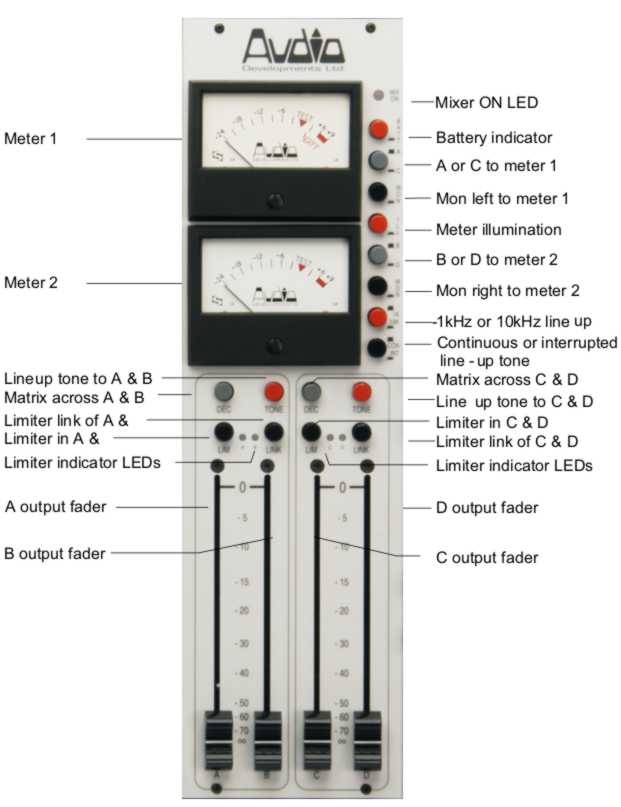 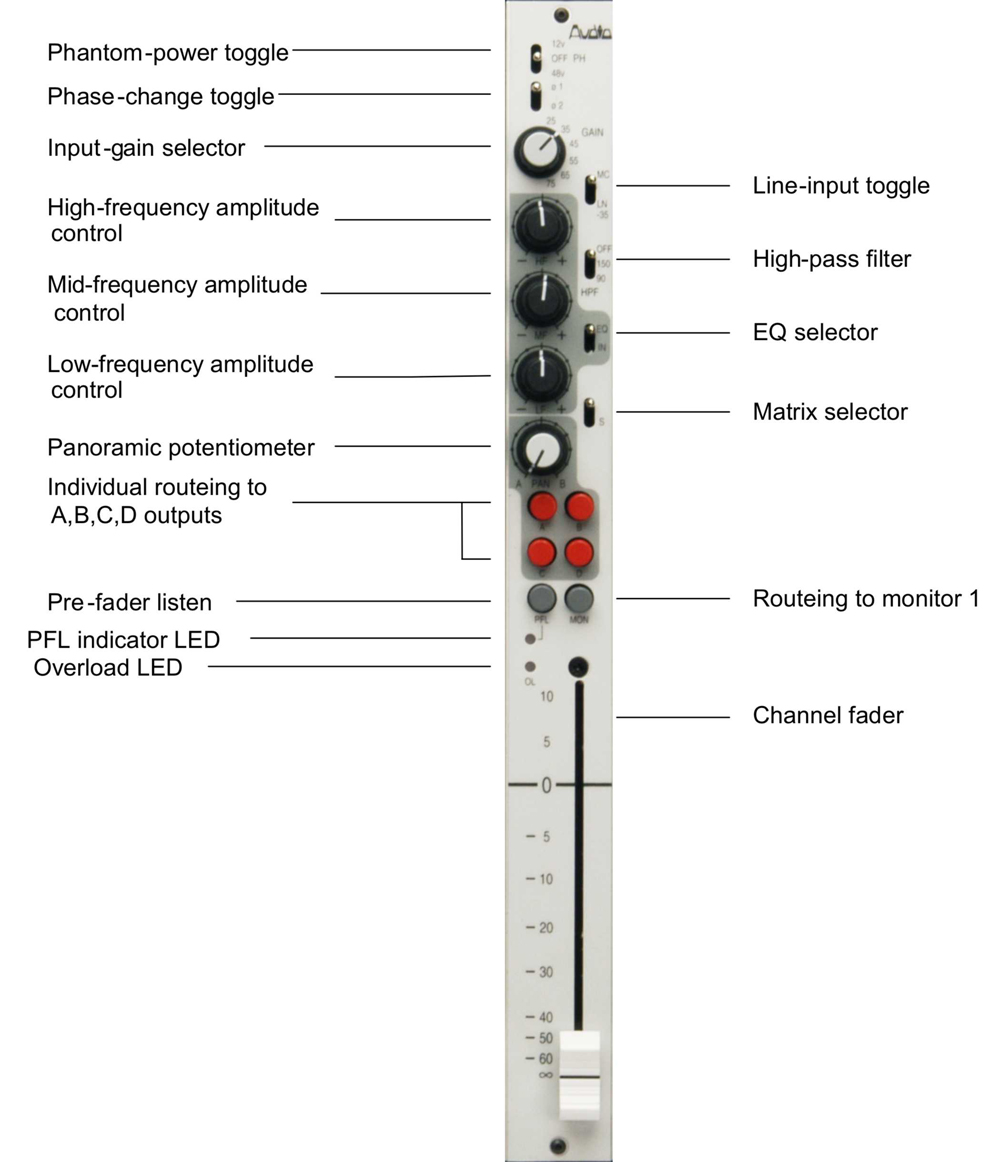 The design philosophy of the team developing the AD146 was to create a new standard of excellence so that the professional sound recordist would have an audio mixer of sufficient quality and reliability to last decades.

The slimline modules mean that the mixer is smaller than ever before and the four group outputs put this mixer in a class of its own. Add to that the M-S technology built in for both recording and post production and you will conclude that the AD146 is truly a mixer for today and reflects over 35 years of dedication to high quality audio show by this company.

There are 3 input modules to choose from and they can be fitted in any positioning the frame; Mic/Line, Mono Line and Stereo Line. There is also two versions of the monitor module available allowing the design to fit most situations..

The AD146 inputs, main and auxiliary outputs are transformer balanced on XLRs.

Separate connectors are used for microphone and line-level inputs: such is the isolation, both input signals may remain connected at all times.

A 6-pin XLR carries two-way conversation between the mixer and an Outstation – boom operator, director etc.

The AD146 has four mixing busses that enable mixing and/or recording to be performed in the L-R and M-S domains simultaneously. Matrix amplifiers may be switched into the main A-B and C-D outputs.

Limiters – which may be linked for stereo operation Limiting is indicated by a pair of LEDs.

A pair of meters – either PPMs or VUs – may be switched to monitor either the main output or the monitor/PFL output, and battery voltage. The meters can be illuminated.

The frequency of the internal oscillator is selectable between 1kHz and 10kHz, its output replacing the signal on the main output (TONE).

The headphone monitor may be switched between main output and tape-return – both with PFL override. The left, right and left + right signal paths may be routed to both contacts of the monitor-output jack.

Via an internal microphone the operator is able to communicate with the main output (SLATE) and with an outstation (EXT) – from which talkback is available, under logic control.

The AD146 presents all its input and output connectors on one surface of the case and in-line with the corresponding module. The connector panel is labeled in order that it may be read from the front of the mixer. The integral carrying handle may also be used to support the mixer at a comfortable working angle.

Powering is provided for 48V Phantom and 12V Tonadermicrophones.

The mixer receives its power from 10 x C cells fitted internally – the battery housing adding great strength to the casework. Alternatively, power may be supplied from an external 12-15V source. Audio Developments’

(WITH RESPECT TO THE INPUT)